Are you still worry about naked GoPro will turn off caused by not solid power? Do you want to make your naked GoPro be super neat and light? This BEC board could help you. It integrated 5V@2A BEC, stock GoPro buttons and LED, pluggable connectors and remote recording.

The BEC Board has been upgraded to the V1.1 version. With the new version, we don’t need to use 2 shims when assembling the BEC board on the GoPro motherboard, which can solve the problem that the two interfaces may loose when locked.

We did found the issue in our BETA TEST version that it may cause the FC or GoPro mainboard to burn out when the 3-pins power cables plugged in when powering on. Special thanks to Guido Fabbrini reminding us of the risk. After lots of tests and troubleshooting, we totally had solved this issue before we released the BEC board V1.0.

This BEC board fits for GoPro HERO6 and HERO7 Black. But NOT for HERO8. 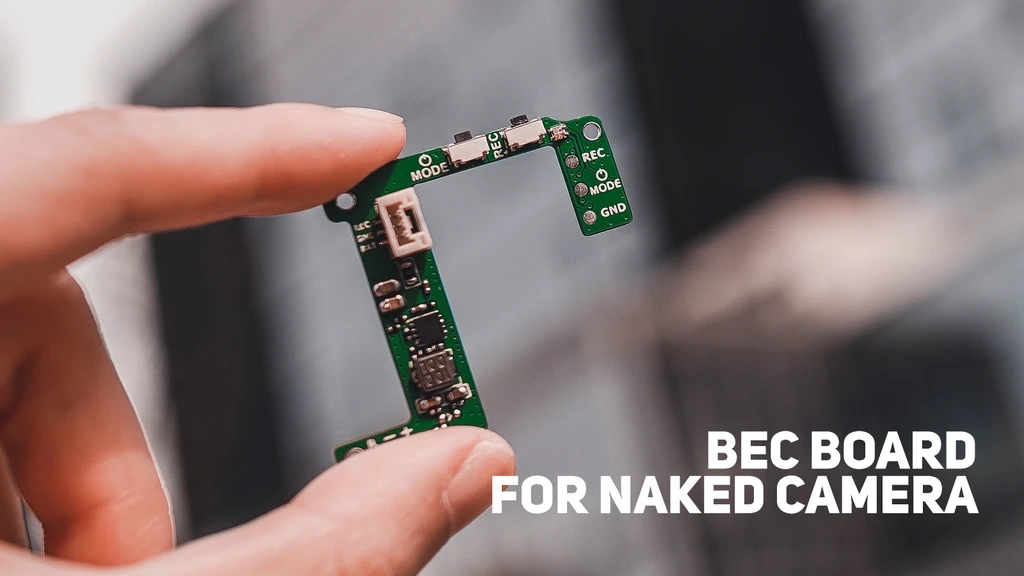 Bullet Point
BEC Board is specially designed for Naked GoPro HERO which weighs about 1.5g, makes your naked GoPro lighter and easier to install on your drone.
The BEC output voltage is 5V@2A, avoid the accident of power off which is caused by the insufficient power supply for the FC board.
Integrated GoPro stock buttons, Power/Mode Button and Record Button
Integrated GoPro stock LED to know the status of the camera.
Pad is available for pilots to control the GoPro recording via the radio transmitter.
With the pluggable connector, which is easier to connect with your flight controller for power supply and recording.
Specification
Item: BEC Board for Naked Camera
Weight: 1.48g
Output: 5V@2A
Input Voltage: 2-4S
Connector: GH 1.25 3P Connector

Diagram of BEC Board
The two buttons on the BEC board has the same function as the stock GoPro buttons. Three actions we will use frequently. 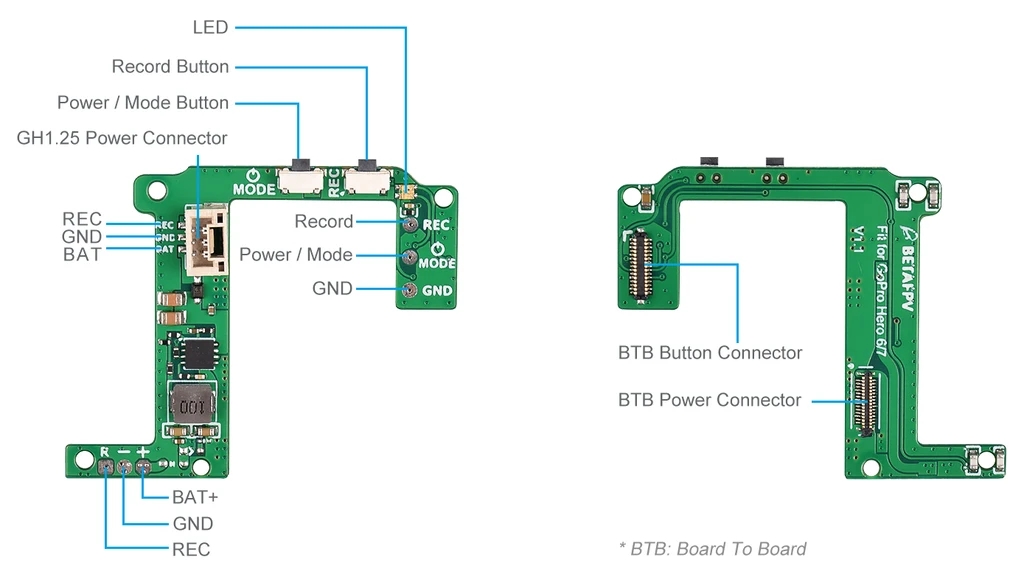 LED Status
Under normal operation, plug the GH1.25 connector into the naked camera firstly, then connect with the battery. The LED will flash once, then you should press the Power/Mode button once in a second to power on. The LED on the BEC board has the same status as the stock LED on the GoPro mainboard.

How to Setup Remote Record
Pilot could use the switch on radio transmitter to start/stop record. Some more configuration needed.

For example, if you use F4 FC V2.0 in the drone, like the 95X whoop drone, the connection diagram is shown below. The yellow cable (FC B12 pin pad) is just for the remote record. 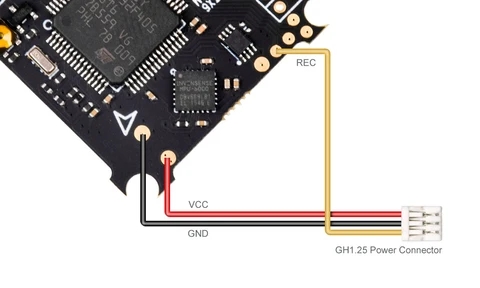 Third, check if the Pinio function works. Change the switch and make the cursor move from the orange zone to the white zone, and finally back to the orange zone. Now you could check the LED status to know if the record starts. Use the same process to stop recording.

If you use the 12A F4 AIO FCboard, like the 85X whoop drone, you will use the LED_STRIP pin (aka A08 pin pad) for the Pinio function. 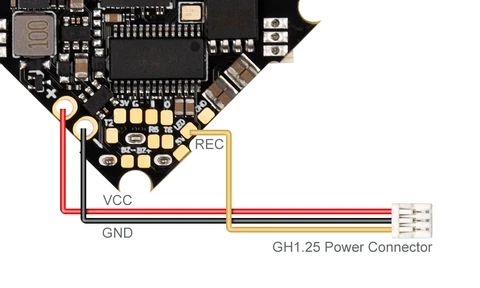 Note: Do this at your own risk. You will lose your GoPro’s warranty and you may end up bricking the camera if something goes wrong. This guide is not authorized by GoPro and your camera is not guaranteed to work afterward. BETAFPV will not be held responsible for this action. 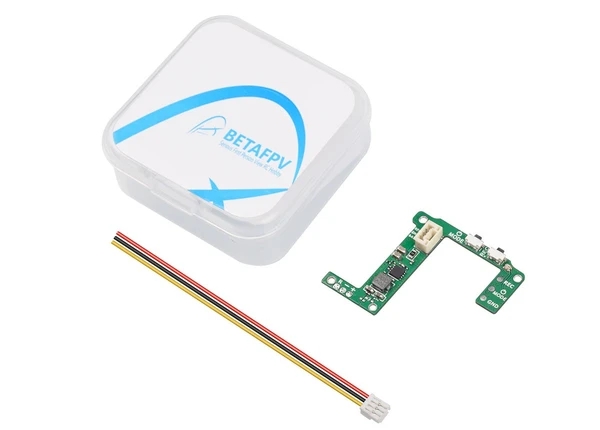 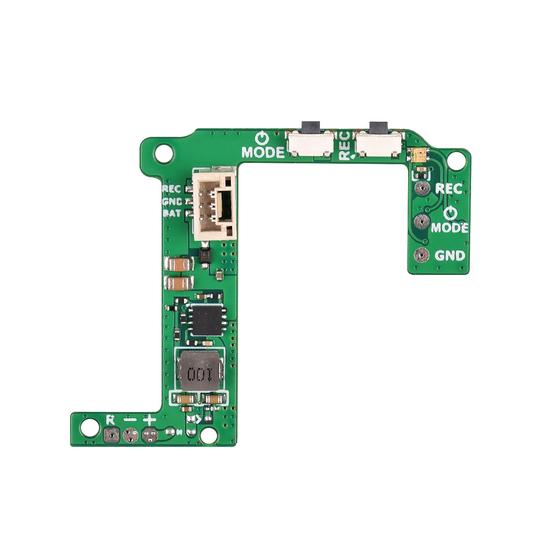 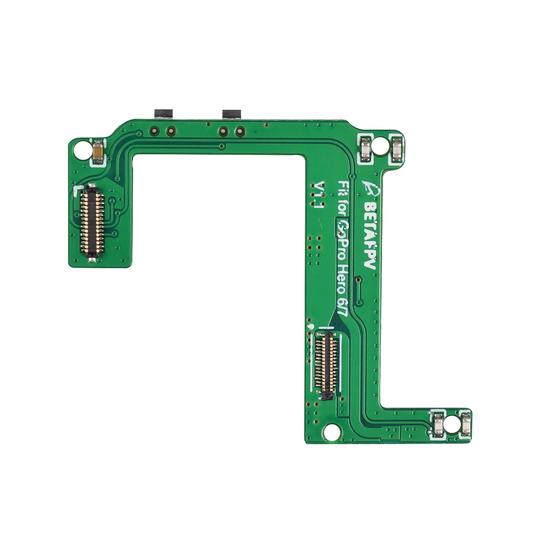 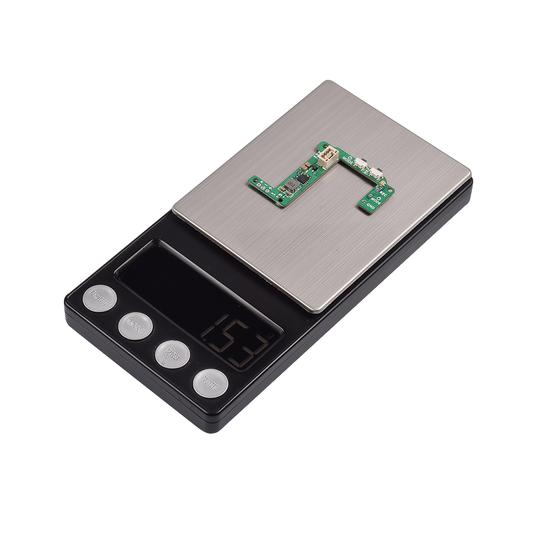 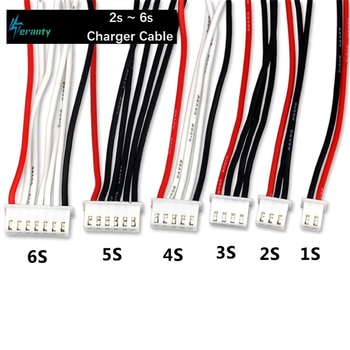 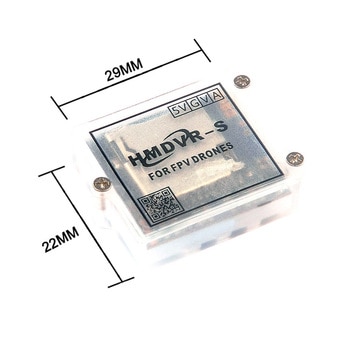 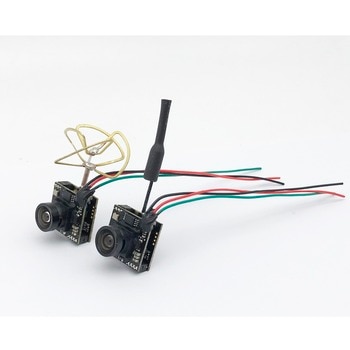