Eagle Hero is a big VTOL that has a 3500mm wingspan. The Eagle Hero VTOL is made of full composite material and features a Honeycomb structure, which makes the VTOL both very light and strong. And the quick-detach design also makes it easy to assemble and disassemble in the field.

The Eagle Hero VTOL has a very big inner space for one 8S 8000mAh LiPo battery and one 6S 56000mAh Li-ion battery. The 8000mAh LiPo is for the four lifting motors and the 56000mAh battery is for the push motor. Take-off weight of this big VTOL is just8.2kg, so the Eagle Hero can fly at a high speed with very low power consumption. The max take-off weight of Eagle Hero is about 16kg, with 16kg weight the VTOL can reach 2 hours endurance. with 2 hours flight time it can cover a big area. The Eagle Hero can fly at a very high speed,the highest speed is about 110km/h, and the cruising speed is about 86km/h. And it can launch directly from an area as small as 5x5m.

Easy for assemble in the field, no need for expert skill

VTOL suit for any mission

Just the KIT version ,without any electrics. 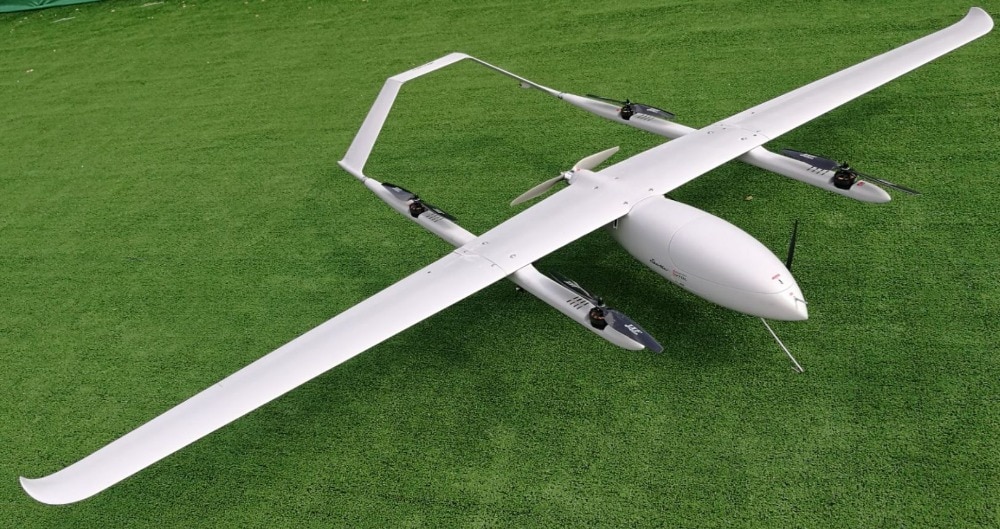 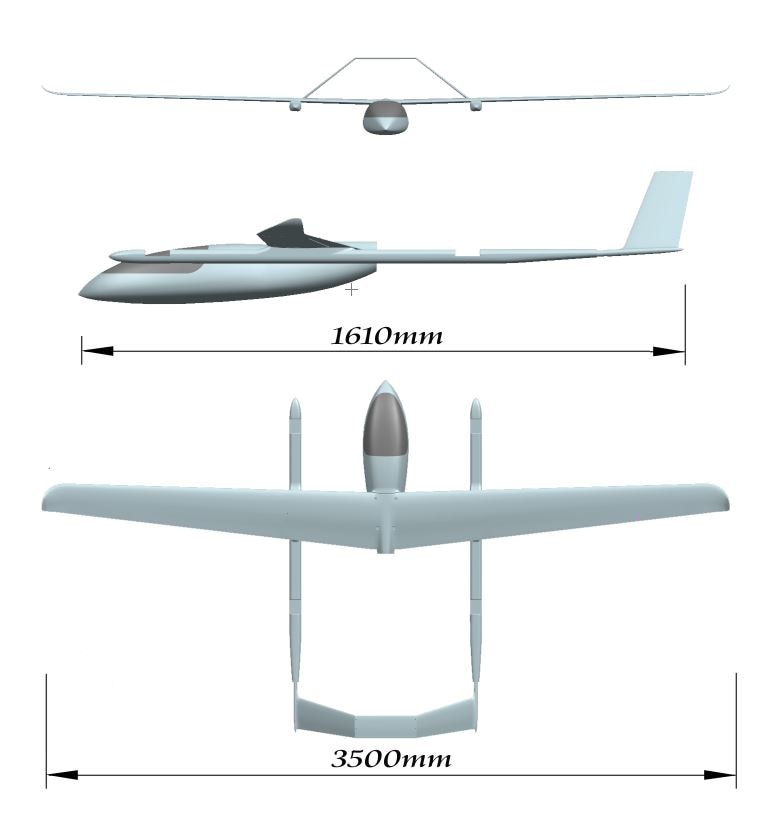 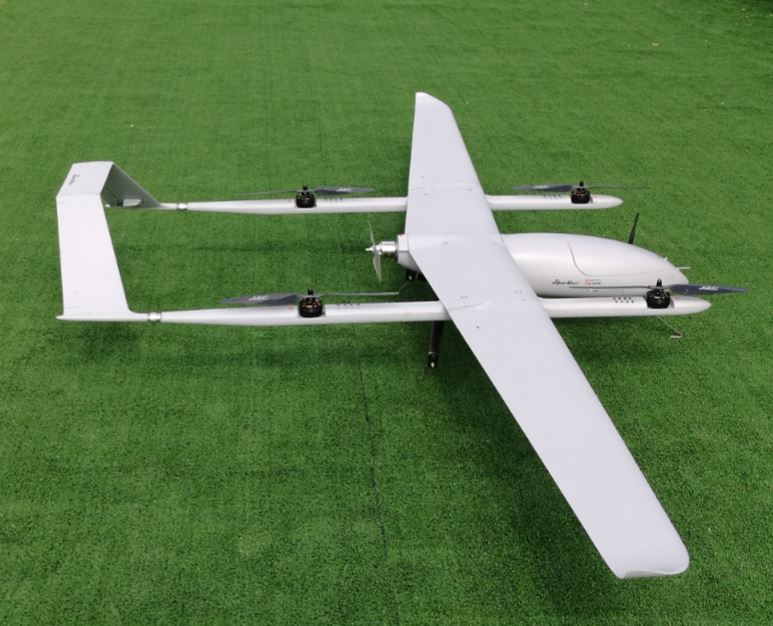 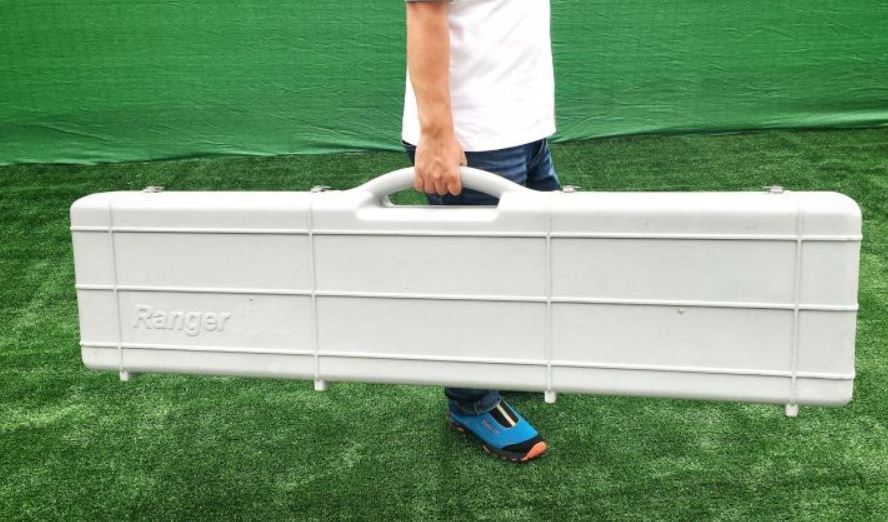 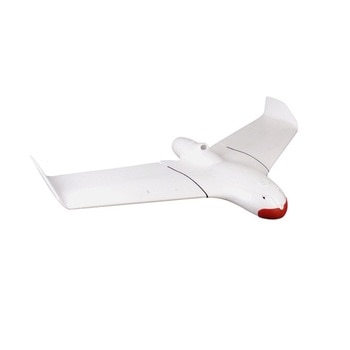 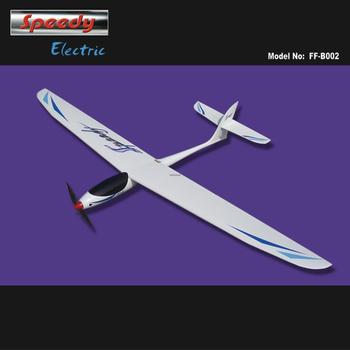